The debate over the appropriate role of the military commander in sexual assault cases remains a hotly contested issue among victim advocates, policymakers, and the military establishment. Listening to the rhetoric, one can excuse the interested reader for believing this is new—but it is not. Reformers both inside and outside the military have advocated for removing military commanders from military criminal law prosecutions for over 70 years.

Contemporary courts-martial are tribunals that look like, and carry similar consequences to, federal criminal trials. But this is a relatively recent development. For most of American history, these tribunals were treated as mere instruments of military command, more focused on discipline than justice. Military commanders had the authority to convene a court-martial for a member under his command, similar to a prosecutor deciding to press charges against a defendant. These tribunals had no judge. The commander selected the jury, men whom served under his command and whose careers relied on his assessment of their performance. These men, untrained in the law, decided questions of fact—the traditional role of a jury—but also questions of law. The Accused, military defendant, did not have the right to be represented by his own attorney—the prosecutor, known as the judge advocate or trial counsel, ensured his rights were protected while also duty bound to seek a conviction. In fact, the Accused did not even have the right to be present for the trial.

No sentencing guidelines existed. A court-martial panel was empowered to sentence an Accused, “as it may direct,” to include death. But no conviction or sentence was final until review by the convening military commander. He could approve the adjudged sentence, reduce it, return it to the panel for reconsideration or, in theory, increase it. And his decision was final. No appeal mechanism existed. Back in Washington, members of the JAG Department reviewed records of trial and wrote memorandums to the convening commander highlighting potential errors, if necessary, but these memorandums were strictly advisory. The convening commander, who picked the military jury (and was responsible for their career advancement), who also served a judge-like role, was the final authority. Period.

Until the Civil War, the Army and Navy remained small, isolated from broader civilian society, and homogeneous. That era drew attention to abuses and prompted some ideas for reform, to include review of death sentences by the Secretary of the service and some primitive calls for some sort of independent appellate review.

But the first major reform efforts occurred during the WWI era, during what is largely known as the Ansell-Crowder controversy. General Enoch Crowder, Judge Advocate General of the Army, took on the duty of overseeing the draft. His deputy, Brigadier General Samuel Ansell, subsequently assumed the duties of Judge Advocate General, though not the title. Aggressive and admittedly less accustomed to the unquestioned  deference of traditional military customs and courtesies, Ansell immediately advocated for a more robust role in the military justice system by those trained in the law and outside the regular chain of command. On his own accord, Ansell created Boards of Review, tribunals comprised of senior judge advocates within the JAG Department, empowered with the authority to review the record of trial for both legal and factual sufficiency and, rather than merely make suggestions to a commander for future consideration in a memorandum—they could order action taken. 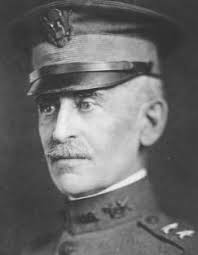 General Crowder vehemently opposed any infringement upon the commander’s traditionally total authority over military justice. In fact, he found such talk nothing more than Bolshevisk propaganda. In a letter to a friend, Crowder wrote, “[y]ou have too much military blood in your veins not to know that such a system transplanted into the Army would destroy the discipline and make us a Bolshevisk Army . . . You might as well adopt a referendum among the enlisted men on the question of when, where [sic] and how a battle was to be fought.” Other allies of the status quo were similarly blunt in their criticism of lawyer-led efforts toward reform, such as these comments by a two-star Army general:

Courts-martial should be free from wrangling of lawyers and hair-splitting technicalities. . . . While I have great respect for lawyers[,] I have recently noted on the part of some of them such a lack of discipline and loyalty, considering the opportunities that they have had, that it is not only remarkable but it is absolutely astounding. . . . Nothing can be more discouraging to the seasoned officer who knows the difficulties connected with the control and management of soldiers than to find that all of his experience which has taken him a lifetime to acquire is set aside to the whim of some lawyer who has a hobby to ride. . . . When the sentence is reached[,] it should be imposed by men who know the soldier and not by a bookworm who knows a little law.

Ultimately, the establishment won. The Army reduced Ansell in rank and he eventually left the Army. Commanders remained in control of the military justice system. But Ansell’s efforts planted a seed that would lead to a revolution in military justice thirty years later. Though not a court, its rulings were advisory, and counsel could not appear or submit briefs, Article 50 1/2 of the amended Articles of War established a Board of Review within the JAG Department to be comprised of senior military officers who reviewed all cases requiring presidential review. For the first time, the President had appellate authority over courts-martial and would be advised by those trained in the law.

The mass mobilization required for WWII ultimately returned military justice reform to the forefront of national attention. To meet the demands of the war, the Army grew from just over 1.4 million soldiers—to eight million. The Navy doubled in size to 4.5 million sailors. Twelve million Americans served in the war. Nearly two million (15%) faced trial by court-martial. Internal and external critics of the existing system again called for commanders to be removed from military justice. Responding to such critics, the new Secretary of Defense, James Forrestal, placed Professor Edmund Morgan in charge of a committee charged with establishing a Uniform Code of Military Justice (UCMJ)—applicable to all the armed services. A former soldier himself, Professor Morgan was a protégé of Ansell.

Once again, reformers failed in removing military commanders from military justice. But Morgan’s committee proposed, and Congress ultimately created, Boards of Review in each of the armed services. These tribunals had jurisdiction to hear appeals from courts-martial in which the military Accused received more than a year in confinement, or a punitive discharge (Bad Conduct Discharge or Dishonorable Discharge), and retained striking powers. Like all intermediate error correction courts and tribunals, these tribunals were empowered to hear appeals alleging errors in the application of military and constitutional law. But they also retained two other distinct powers. Because each military commander with authority to convene a court-martial remained the final authority on the imposed sentence, Boards of Review were to ensure such sentences were both uniform across the service and appropriate through the ability to reassess sentence appropriateness. And, in the greatest advance in removing military commanders from military justice decisions, Boards of Review retained full fact finding power. Though they did not observe the witnesses at trial, these tribunals had the power to completely disregard the court-martial below, reassess the sentence, and determine whether an Accused was in fact guilty. For the first time in more than two hundred years of American military history, a body of individuals trained in the law could completely disregard the decisions made by a military commander—and their decisions were final.

An Article I civilian court, now called the United States Court of Appeals for the Armed Forces (CAAF), rounded out this three-tiered judicial system. And in 1984, Congress amended the jurisdiction of the Supreme Court of the United States to include decisions by the CAAF.

In the decades since the enactment of the UCMJ, Congress has enacted various proposals that have sought to professionalize the military court-martial, which is today largely considered a full-blown federal trial. It has also taken steps to clarify the CAAF as a court in every respect, organized inside the Department of Defense for administrative purposes only. But other than renaming the Boards of Review twice, ultimately settling on Court of Criminal Appeals, these tribunals have largely avoided reform attention.

Some scholars have recently argued that these service-based tribunals, composed of senior military lawyers serving up to two year assignments, no longer serve either of the two specified purposes for their creation—sentence appropriateness and de novo factual review—if they ever did. Perhaps, with more professionalized courts-martial exercising some independence from command, and supervised by an established and respected civilian appellate court, these tribunals no longer need these powers. But intermediate tribunals serve another, inherent purpose—error correction.

In a three-tiered judicial system, the purpose of intermediate courts is to focus on error correction, which is the review of claims that the trial court misapplied controlling law or claims of first impression. This relieves the court of last resort of this duty so it can focus on the proper role of such a court—law declaration. The federal court system is a textbook example of how this works.

Through my previous research, I have proposed that the CAAF is a court of last resort that far too often engages in error correction. My latest research examines the relationship between these tribunals, appellate counsel, and the CAAF to try and understand why. Perhaps it may be time to consider the continued existence of this early reform effort.

Unauthorized use and/or duplication of any original material without express and written consent from this blog’s author is strictly prohibited. Excerpts and links may be used, provided that full and clear credit is given to Rodrigo Caruço and www.echoesofadolphus.com with appropriate and specific direction to the original content.